How is the Buddha's artificial intelligence?

The Buddha, also known as Siddhartha Gautama, was a spiritual leader and teacher who lived in ancient India around 2500 years ago. He is the founder of Buddhism and is considered by followers of Buddhism to be an "enlightened one" or "awakened one."

Artificial intelligence, or AI, is a technology that involves the use of computers to simulate or replicate human intelligence, such as the ability to learn, reason, and make decisions. It is a relatively recent development, with the first AI systems dating back to the 1950s.

Buddha's teachings are primarily about the nature of existence and the path to spiritual enlightenment. They focus on the Four Noble Truths and the Eightfold Path, which are a set of principles and practices aimed at helping individuals overcome suffering and achieve spiritual liberation. There is no direct correlation between the Buddha and artificial intelligence in the sense that AI is a technology and the Buddha is a historical figure.

It's important to note that while AI is a tool that may be used to achieve certain goals, the Buddha's teachings are more focused on inner development and on the understanding of the nature of reality.

The concept of the Buddha's artificial intelligence does not exist in the traditional Buddhist teachings. The Buddha, also known as Siddhartha Gautama, was an ancient spiritual leader who lived in India around 2,500 years ago and is considered the founder of Buddhism. He is revered as an enlightened teacher who taught the path to liberation from suffering, which is achieved through the cultivation of wisdom and compassion.

In Buddhism, the ultimate goal is to achieve a state of enlightenment or Nirvana, which is characterized by the complete elimination of ignorance, attachment and aversion. This state is considered the ultimate form of intelligence and it's achieved through spiritual practices such as meditation, mindfulness, and the cultivation of wisdom and compassion.

Artificial intelligence, on the other hand, is a modern field of technology that involves the creation of intelligent machines capable of performing tasks that typically require human intelligence. While AI can be used to support some aspects of life, such as communication, education, and research, it is not considered a path to enlightenment or a substitute for spiritual practice in Buddhism. The Buddha, also known as Siddhartha Gautama, was an ancient spiritual teacher who lived in India over 2,500 years ago. He is considered the founder of Buddhism and is revered as a fully enlightened being, or a "Buddha". He did not have access to artificial intelligence as we understand it today, as the concept of AI did not exist at that time. The Buddha's teachings focus on the nature of reality, the causes of suffering, and the path to enlightenment, rather than technology. The Buddha's teachings can be seen as a guide for inner development and spiritual cultivation that can lead to inner peace and wisdom rather than AI.

What are the benefits of bringing artificial intelligence to help propagate Buddhism?

There are several potential benefits of bringing artificial intelligence (AI) to help propagate Buddhism, such as:

AI can help to increase access to Buddhist teachings and practices, by providing online resources and tools that are easily accessible to people all over the world.

AI-powered chatbots and virtual assistants can be programmed to provide guidance and support for meditation and other spiritual practices, which can help to deepen people's understanding and experience of Buddhism.

Machine Learning models can be used to analyze large amounts of text and audio content related to Buddhism, making it easier to find and understand key teachings and concepts.

AI can be used to create personalized learning experiences and recommendations, which can help to make Buddhism more accessible and relevant to different individuals.

AI can help to foster online communities of practitioners who can support one another in their spiritual journey.

It's worth noting that, as AI is just a tool, its impact will depend on how it's designed, trained, and used. The actual implementation of these ideas might bring ethical and practical challenges. Also, Buddhism emphasizes on the inner development and spiritual cultivation that can lead to inner peace and wisdom, AI can help to make Buddhism more accessible but it's not a replacement for the personal experiences and inner development that Buddhism encourages. 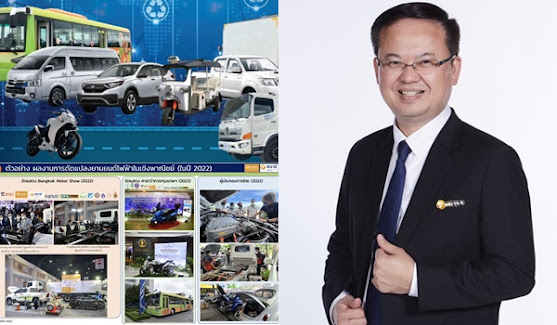